Consulting firm with the head office in Belgrade

Sanja Šarić is a law graduate with completed specialist studies in the area of European law and with a passed bar examination and a notary public examination. She attended the Master of Civil Law studies at the University of Belgrade, Faculty of Law. She successfully completed training in EU project writing and management within the Centre for Business Excellence in Belgrade.

Sanja Šarić acquired her initial knowledge and experience working in the People’s Office of the President of the Republic, then as a legal trainee and later as an independent attorney-at-law with the law office in Belgrade. Sanja Šarić was admitted to the Belgrade Bar Association in 2009.

As an attorney, Sanja Šarić represented Serbian and foreign companies and specialized in the fields of contract law, commercial law, construction law, property-related and legal relations in the field of real estate, lien, financial law and international business law and in the representation of companies in court proceedings, procedures of reorganization and bankruptcy processes. 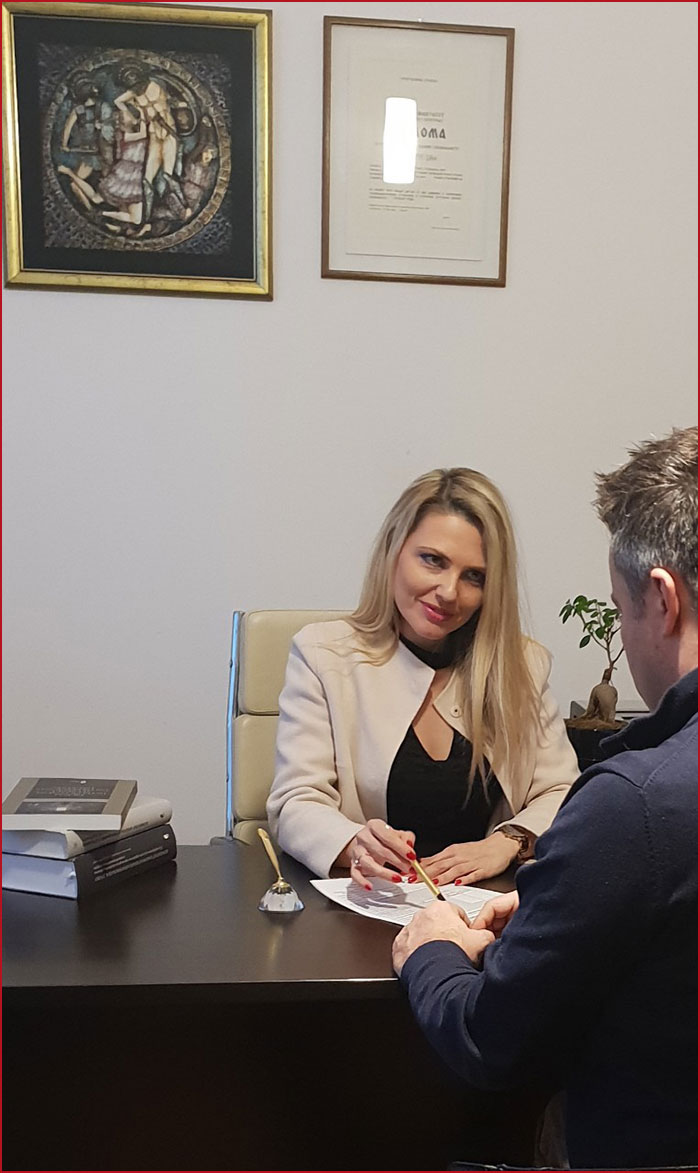 For foreign financial institutions – as potential creditors, the office conducted a legal analysis of the legal system of the Republic of Serbia, the effects of the application of credit security instruments, as well as the procedure of securing and enforcement in the cases when the creditor is a non-resident legal person according to the Law on Foreign Exchange Operations, the Law of Contracts and Torts and other regulations.

For the Global Investment Fund, with the head office in Washington, DC, which deals with investments in private companies in developing countries, the office conducted an overall legal analysis of the status documents of private companies, took part in negotiations and in the procedures of the conclusion of investment agreements and managed additional capitalization processes, the processes of change of the ownership and management structure and the legal protection of investors’ interests.

Within international factoring, the office conducted the legal representation and counselling of clients in the procedures of sale of receivables and assumption of debts towards foreign suppliers-importers according to the Law on Foreign Exchange Operations and the Law on Factoring. Using the highly-developed negotiations techniques and skills, the office succeeded in collecting disputed claims assumed on the basis of factoring and bill discount operations towards the private and public sector in the field of construction, health, pharmaceutical and food industry.

As an attorney of a factoring company, Sanja Šarić participated actively in the drawing up of the factoring law in the Belgrade Chamber of Commerce and initiated the introduction of significant solutions aimed at creating a legal framework and prerequsites for a more efficient settlement of creditors and a higher degree of protection of factoring companies and other financial institutions dealing with factoring activities in the enforcement process, which solutions have been accepted by the Ministry of Finance and the Office for Regulatory Reforms and the Analysis of Effects of Regulations.

In the second half of 2015, Sanja Šarić was admitted to the Serbian Chamber of Notaries Public as a notary public appointed for the area of the Basic Court in Šid. The office of a notary public for Šid Municipality established a notary public system, thus transferring all the property-related and legal activities in the field of trade in real estate, mortgage institution, sale of real estate in out-of-court settlement procedures, certification of signatures, transcripts and copies of documents, notary public deposits, original document records and other activities from judicial competence into the competence of a notary public. It was Sanja Šarić who was responsible for their legality, truthfulness and correctness.

Within the public authorities entrusted to her, she composed, in a relevant legal form, the notary public documents having the force of a public instrument, certified facts in public, conducted probate processes, recorded and appraised property in probate processes and advised parties on issues from a notary public’s field of competence.

In the period from the second half of 2017 till 2018, Sanja Šarić was a deputy notary public for the area of the First Basic Court in Belgrade.

As a notary public, Sanja Šarić headed some significant projects, such as the conclusion of investment contracts in the procedure of the construction of important residential and business complexes in downtown Belgrade, resolution of disputed property-related and legal issues concerning real estate, conclusion of notary public settlements, status changes of large legal entities, sale of bank claims, sale of real and movable property in out-of-court settlement procedures, in bankruptcy processes and in other real estate-related legal activities.

We provide clients with comprehensive service starting with the establishment of various types of companies, branches or representative offices, purchasing a share or stocks in the legal entity capital, recapitalization, change in…

In the field of transfer of immovable property, we provide clients with comprehensive service of counselling in the procedure for concluding contracts that present legal basis for the transfer and acquiring of…

ESTABLISHMENT AND REGISTERING OF COMPANY CHANGES

Within the contract law, we provide our clients with a comprehensive service of counselling in the business contract conclusion procedure with local and foreign clients…

Within the public procurement procedures, we provide our clients with a comprehensive consulting service, by giving them advice and assistance in the procedure of composition of competiton documentation and in the procedure of drawing up a request for the protection of rights…

We render our clients the service of consulting in the procedure of project preparation, planning and writing, by defining a project idea, establishing and harmonizing the goals of a specific project with national and international strategies, elaborating project activities, compiling… 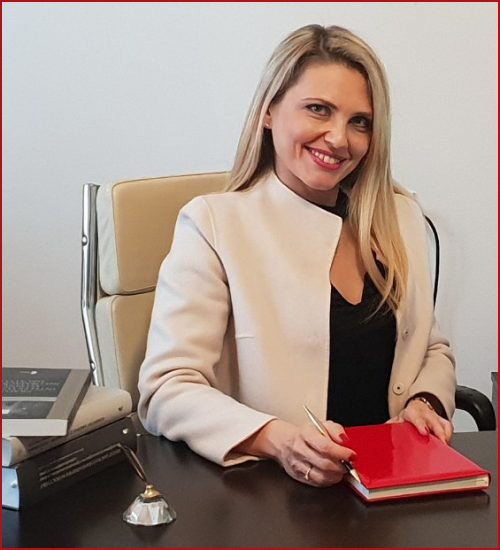 Sanja Šarić graduated in law in 2005 and in 2007 she specialized in European law at the University of Belgrade, Faculty of Law. In 2009, she passed her bar examination and in 2014, she passed a notary public examination before the examination board of the Ministry of Justice of the Republic of Serbia.

She acquired her initial knowledge and experience working in the People’s Office of the President of the Republic and later as an independent attorney-at-law with the law office in Belgrade, in the period from 2007 till the first half of 2015.

While working as an attorney and later as a notary public, Sanja Šarić specialized in the fields of contract law, commercial law, construction law, property-related and legal relations in the field of real estate, lien, financial law and international business law.